3472Megtekintés
20Kedvelés
When the world was created the creator intended to densify information and energies, thus these have taken shape.

Various fundamental particles came into existence that showed themselves and their inner and outer properties one by one.  Minerals, semi-precious and precious stones formed this way.

Each fundamental particle possesses special elementary properties. Later, as a consequence of the organization of the minerals, basic living creatures, plants and animals sprung into existence. The more information these creatures contain from minerals, the more complicated they became due to their complexity.

At the top of the pyramid of development stands the human species, each of us having a system of particles from 108 elements. Naturally, as a result, we have all the properties of these elements and possess the infinite combination of them.

However, as any other complex system, it is inherently prone to malfunction!

The in-depth knowledge of the elements forming us is essential in order to remedy the malfunctions occurring in our body. The 108 elements building up the human physique has 108 physical- psychic feature and the combination of these.

Ancient mysticists formed 108 god-like figures to facilitate the recognition of the psychic properties of the elements. By the help of these each personality, figure, character was exemplified and made recognizable.

The disturbance of the elements can manifest on any of the seven levels of our body: physical, energetic, emotional, mental, relational, psychic and spiritual level. These levels mutually influence each other. Order can only be restored by the simultaneous reorganization of all of these levels. For example: psychic disorders may trigger physical and other energetic problems in our body fields.

In the teachings of Buddha 108 human traits were determined, that could bind our spiritual being. Likewise, Jesus drew attention to the importance of knowledge of emotional- and spiritual properties and their solution in his parables.

Lies could create helplessness, whirls in our spiritual being, while truths liberate us. The elementary truths work perfectly, while elementary distortions generate problems and hardships.

The solutions lie in the recognition and tuning to perfect elementary patterns. The information contained in the 108 elements forming us can be used for this purpose. 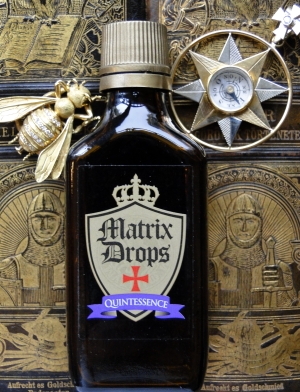 Matrix Drops are filled with this elementary information separately, in varying combinations. The first-generation telephones, cameras, video recorders operated on the basis of physical methods.

The devices of our day are operating by the application of the principles of quantum physics for transferring of sounds and pictures.

The essence of their operation: every sound, picture is converted into Fourier functions when the signal is transferred, then at the destination these are converted back into sounds and pictures. The great mathematician Fourier recognized in the 18th century that almost everything can be described or modelled by mathematical functions.

The methods of mathematics are used for the creation of cutting-edge technologies and technical equipment. The magneto-, electro- and light spectrometers are able to record in functions the information that can found in our world that is invisible for us.

The elementary information and their combination are recorded and described as functions in the Matrix Drops on the language of computer science.

Our computers can check several millions of Fourier functions obtained from an individual and in case any malfunction was found, it selects the necessary parts from the patterns of Matrix Drops. In the past this invaluable mystical knowledge was in the hands of alchemists. They used crystal structures for the formation of their elixirs of life that could only transform accurately and perfectly the elemental, clean information into liquids and minerals if helping spirits were present.

The last documented and attested data is of Saint Germain, the son of Ferenc Rákóczi II. Galleries and museums keep the written and painted evidences of this. The devices left undamaged were found, however, they could not be operated due to the lack of spiritual knowledge. 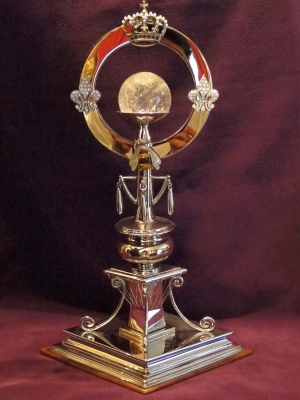 The knowledge of the alchemists was put into a system on the basis of material and written proofs and the suggestions of the spiritual world. Sometimes, much like our computers, our physique needs an update. By the use of the MD you can return to the origin.

This method activates before there was any disturbance in the physique, but in the more delicate regions - the psychic body, spiritual body measurable distortions appear. Prevention, in this case is not early detection, therefore opens new perspectives.

The individual having an aroused cognitive state thinks forward, and will not go into the dead-end, out of which many are trying to get out. Therefore, it is important to make other people aware that there are several methods to preserve their physical and psychic harmony.

The standard information is stored in semi-precious and precious gemstones and is transmitted through crystals in a way where they do not come into contact with water. The liquid to be tuned is located in a sufficient distance. The liquid can store and keep information for many years. No harmful substance or material is contained in the MD.

Those people who are interested and visit us can gain insight into whether there is an element which is mistuned in our physique and can get advice regarding which Matrix Drops are suitable for the reorganization.

The man has reached the limits of physics and got to an extremely high level in the field of technical achievements.  But he began to identify himself with the results, so it is emotionally and mentally lagging in development.  People cannot deal with self-destructive thoughts and feelings, so they are easily overcome by them.

By the creation of the Matrix Drops computer such knowledge
was brought to the surface that was missing so far.

Our computer can show any distortion and untuning in the seven fields building up the human - physical-, energetic-, emotional-, mental-, relational-, psychic-, spiritual that were created by their unmanageable emotions, thoughts or relationships.

Before any symptom would show in our physical body, the computer can show the distortions originating from the whirls of thoughts. No machine was capable of measuring this ever before. It is invaluable!

Why is it important?

Prevention, that is, early detection for the people loving and caring about their body, soul and spiritual being is the source of longevity, since they can make steps in time to avoid distortion caused by the malfunction in the fields of their bodies.

People tend to drift and transfer the responsibility for their life to others: doctors, relatives, friends or their priest, psychologist... However, the liberation from the slavery of our thoughts can only be achieved by changing our personality, way of life and distorted thinking.

Man is a wonderful wave field in the sense of quantum physics, which has an astounding amount of patterns and structures.

Our new invention, the Drops Matrix computer can detect interference in the fields, and by the application of our drops these disturbances could be corrected. 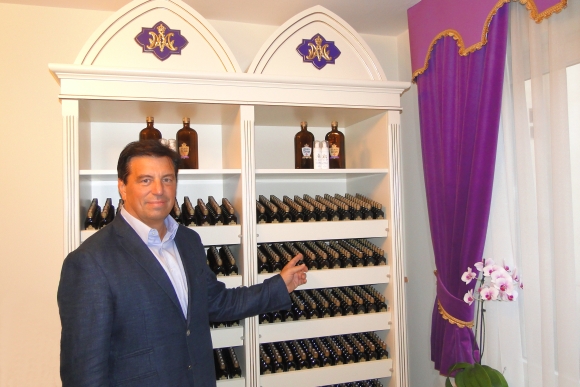 Think about how modern technical devices are capable of identifying -, colours-, pictures- or even a face. There are telephones that have applications that can recognize a given song or performer.

These devices can recognize a face from the commotion in the streets and found the person that others were looking for. There are so many other examples. This is all about quantum physics operating on the basis of the wave functions of Fourier. Familiarize yourself with these concepts, thoughts, since they became parts of our lives. - We use them, they surround us.

By the use of our quantum physical computer and Matrix Drops we are able to detect the disturbances in the human energetic fields - the seven fields of the body mentioned above - and to correct them.

Based on the fields detected and recognized, the examined we can: acquire an accurate description of the energetic state, weaknesses, strengths, and the psychic, emotional and spiritual state of them.

Matrix Drops users can minimize or eliminate their seemingly unmanageable properties and weaknesses.

If you want to change your way of life, attitude, we can help you with our advice and guidance.

Our advisors and schools are open to you and everyone interested to unite our effort and use this new method to mend any unforeseen or expected undesired events and things.

What does Matrix Drops offer? A significant improvement in the quality of your life!