Success of Matrix Drops in Ireland - 2017

848Megtekintés
8Kedvelés
Dear friends, dear Matrix Drops fans,
It is an honour to continue my regular report on the Irish Matrix Drops farm.
I could begin by saying once upon a time, there was a miraculous pasture on the other side of St. George’s Channel. The farmer of this pasture is Kevin Laffan, whose land is the place of fairy tale but very real events. 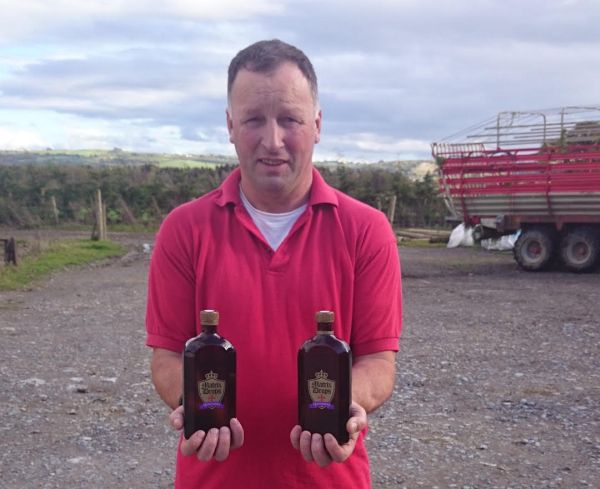 It has been 3 years now since Kevin started using the Matrix information drops for his cows during the winter floods, a product invented and developed at our request by Ildikó Kovacs-Magyar and András Kovacs-Magyar. The incredibly fast and spectacular results started a series of successes and inspired me to document the story.
Kevin Laffan's Matrix Drops farm:

The increase in vitality of the cows, their calmness and the sparkle in their eyes revealed to the farmer that he is embarking on a very special adventure. The periodical report of Glambia milk purchaser company showed a definite increase in the milk fat and protein. The birth aiding drops had an amazing effect on the calves’ vitality which was proved by their liveliness.


Their complication free birth with the minimal assistance of the farmer made this physically and mentally difficult period much easier. The farmer’s presence is needed to make sure that the calves can have access to the valuable haemoglobins from their mothers’ breast milk as soon as possible. In rare cases, if the calves are too big, the experienced farmer helps in the birthing process with a rope. Therefore, it is not surprising that Kevin has been using the Matrix Drops regularly for the last 3 years, diluted in the cows’ drinking water.

After the spring calving, at Kevin’s request, Ildiko and Andras developed further plant conditioning drops. Half a litre of diluted Matrix Drops is capable of covering a 30 hectare land. The trace elements and grass vitalization information samples developed for the soil were regularly applied every 2-3 weeks. The immediate change of colour of the grass and the growth of its aura suggested that the drops developed for plants would be effective as well as the ones for animals. The regular 3 daily report of Glambia proved this assumption as well. The repeatedly increased milk fat and protein values proved the sudden increase of the trace elements in the grass. The cows grazed the grass deeper than ever before and they were full with less since the nutritional value increased. The spreading of clover on the pasture acted as superfood for the animals. The grass was growing, the animals were healthy and the farmer was happy.

Last summer, in 2016, a present arrived from Ildiko and Andras for Kevin, two new plant conditioning drops, with the Nettle (Urtica Urens), Iron (Fe) and Selenium (Se) information samples. The generous gesture of the inventors touched Kevin Laffan, but there was a hint of mysticism in the air. Not long after watering, during our usual afternoon exchange of ideas, Kevin asked: “Would you like to come out to the pasture? I’d like to show you the grass, it looks fantastic.” I told him of course I wanted to see the grass. When we arrived, the sight was breath-taking. I’ve never seen such thick, almost knee-high grass jungle. The grass and the clover in perfect harmony. It moved like the waves of the sea under a gentle breeze. 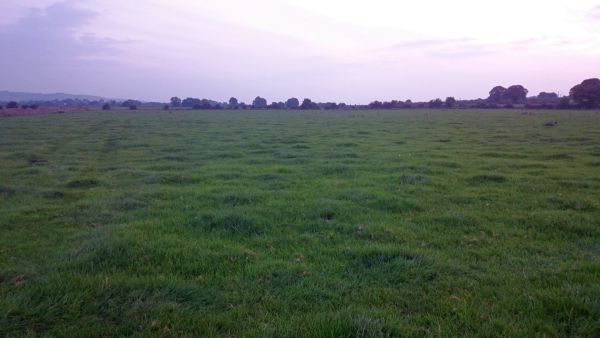 What I actually saw was the happy nature’s dance of joy, thanking the farmer for the miraculous gifts, the Matrix Drops. Andras’s presentation in 2017 March in Gyor made it clear to me how all this was possible. The plants, animals and humans, through a special ability, can produce the element that they need the most in their secret alchemical kitchen, provided their information fields are in order.
Matrix Drops Pre-Calver product:

We decided to let the farmers know about this miracle. They came from all parts of the country, from 10 counties of Ireland, so they could see for themselves the pasture that they’ve heard about so much.


The pasture where the perfect biological balance was restored, where the colour of the grass is different to what they were used to. Not the dark green but a much more lively emerald green. In the sunshine, this beautiful pasture reflects heaven’s miraculous shine.

They were all experienced, mature agriculturists but they’ve never seen anything like this in their whole life. Not just the pasture but the animals as well. One of the farmers told me that he could see the difference between Kevin’s cows and his neighbours’ cows. Kevin’s were much stronger and meatier.

Kevin Laffan, with his 30 years’ experience, was faced with a new challenge: for the first time in his life, he had more grass than he could use. The grass grew so quickly that he had to bale it and sell it. Even on the plots that were only watered once with the plant conditioning drops (this was in May), the cows grazed twice. Even in winter there was a significant growth, when nothing grows. In truth, every farmer would happily take on this challenge.

Where the vegetation is so beautiful, lots of people would like to know what happens deeper in the soil. Many people were asking this question. We asked for a soil sample to be analysed in one of the country’s leading labs. The tests showed an exceptionally high level of trace elements, therefore proving the effectiveness of the Soil and Plant Information Trace Elements Sample 2001. The specialist who took the soil sample told Kevin that he had never seen such a high level of trace elements. I’d like to note that the value was PH6.1. This is the optimal PH value for grass pastures.
Since the fertilizers cause the soil to become acidic and Kevin had used fertilizers for 25 years, we can state that with the use of the Matrix Drops plant conditioning agents, the optimal PH balance was restored in 2,5 years.
We asked a friend, Andrew Jordan, agricultural engineer who is a specialist in biodynamics, to do a soil biology analysis. Andrew said that the roots of the grass are deep, flexible and at the surface of the soil there’s minimal “dead material” which definitely suggests active biological life.
Many people are wondering what to do with weed. Experience shows that there was no more weed since the use of the Matrix Drops. We observed an interesting fact: on Kevin’s pasture, the weed leaves are brown. They don’t feel at home there.
Kevin Laffan welcomes everyone on his pasture and gives them a tour to show the world the sensational opportunity that we call Matrix Drops Farming here in Ireland.

Dear friends! Thank you for your attention and interest. I’d like to extend my gratitude to the inventors, Ildiko and Andras. Being the representatives of this world-wide business is our lives’ greatest adventure. With the Matrix Drops information, they created a miraculous new world that every human, animal and plant dreams about in their heart, that will flourish Ireland’s and the world’s agriculture. Thank you!