1192Megtekintés
2Kedvelés
Every soul has a different level of awareness. Therefore, they use different levels of consciousness when communicating with the world. As a result, we are unable to equally understand and comprehend the information we receive. 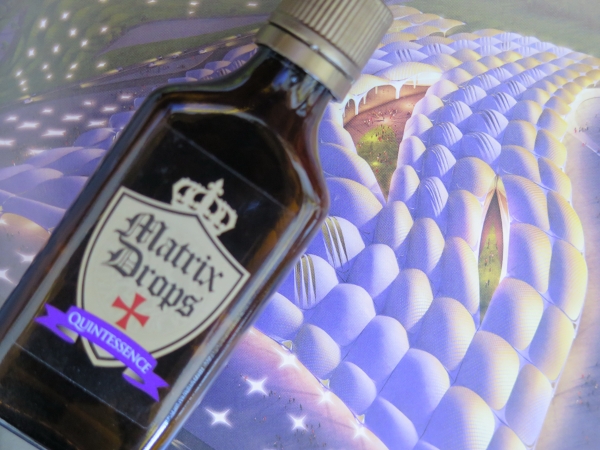 The human brain can only tune to things beyond the physical sensations, if the individual was born with special skills, or develops such skills (sixth sense) by practicing meditation. However, this dimension has its limitations.  Everyone is only able to tune to others at the level of their own consciousness.  Conscious development is only possible if someone is aware of their own capabilities, limitations, good and bad qualities. That is, if this person knows himself or herself very well.
By projecting the “objective personality image”, the Matrix Drops Computerprovides useful orientation for us.
Proper self-knowledge can only be achieved through honesty and by experiencing life situations. It is not enough to admit our mistakes. We must also be able to change. One of the greatest gifts of our lives on Earth is that we can make our ideas – only theories at first – come true. It is the only way to get to a higher level of consciousness.
One path to enlightenment is to experience our own death – in a certain sense. Many people reported that after they had died they were transferred to another world – into the state of clinical death – and came back to their physical bodies from there. For them, the enlightenment is not some kind of a symbolic expression, but real experience in the literal sense.  They obtained evidence of the existence of life after death, or, in other words, about eternal life. Some people have reported about such journeys during their meditations.
Normally, if we understand and admit something it means the death of an earlier world we have imagined and the start of a new one. In this sense, every new beginning at a higher level of consciousness is an instance of, albeit minor, enlightenment. It is not the only goal of our lives to act properly, but it is equally important to learn positive thinking. We live in a physical body on Earth, so right at the moment of birth of any aggressive thought, it can be prevented that they become reality. 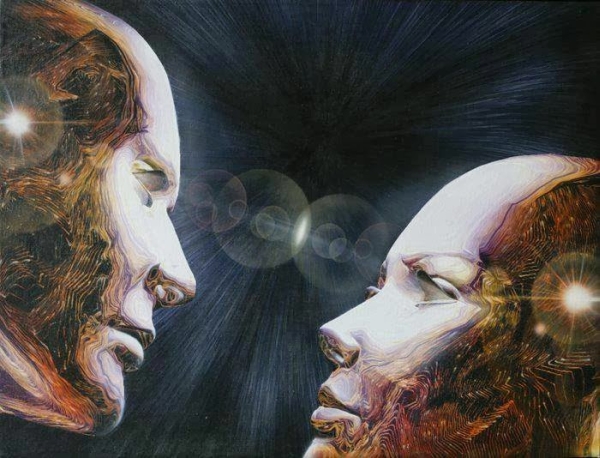 While analysing life situations, we can achieve one of the most significant phases of our development, the beginning of our conscious development. When someone realizes that they continuously play a role and therefore they cannot be honest with anyone, they are on the right track to find their true self after re-evaluating life.
The soul operates like a video camera. It records and stores everything that is happening to us in our lives. This "record" can be known by those who are able to tune to their own self or to other people. There are so called “clairvoyant” people who can reconstruct the events on the site of a crime even years later. They describe the participants, their motives and feelings with almost as much detail and precision as if it were happening right before their eyes. The space around them mediates and records the processes and stores them for an almost indefinite length of time. This is the proof that there is information storage and transmission between past and present reality. And it is possible to move between these dimensions.
We must pay close attention to the conscious construction of our soul. In the struggle for existence, it is a smaller loss to lose our physical body than to stay alive without soul. The development of personality, what we might call cosmic awakening to consciousness, leads to full spiritual development. The soul is able to untie its existence and perception from the bodily senses.
Present discoveries encourage those people seeking true knowledge that not only the unknown lands should be studied, but also the foundations that they believed to be firm should be reviewed and revaluated in accordance with the level of consciousness they have achieved.
It is the basic characteristic of information and related essential qualities that they create similar things. Experiencing different situations, people are capable of handling thousands of pieces of information. The essential issue is whether they can actually understand the messages they receive or consider them as credible.
In the modern world, information mainly consists of instructions, programmes or "algorithms".  People obey instructions, if, as part of their upbringing, they were conditioned to not think. Brain scientists have found that there is a part of our brain where only unquestionable things are stored. When we hear new things that contradict them, our brain skips the new information almost automatically. We can say that they do not even reach our consciousness.
One of the most important stages of learning is when people are able to accept the facts that seemingly contradict their previous perceptions about the world. Our limitations and false ideas are then blown away.
I look forward to meeting all the curious people who would like to personally explore their own, or their family members’ or relatives’ spiritual, emotional, relationship or intellectual obstruction using the Matrix Drops computer.  Then resolve such issues with the Matrix Drops products.
András Kovács-Magyar