932Megtekintés
1Kedvelés
Rupert Sheldrake started his research on morphogenetic fields at Cambridge University. All living things are connected through these fields, but the phenomenon of telepathy can also be explained by this connection. 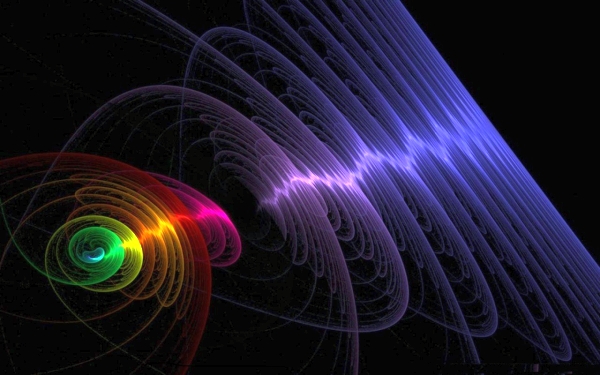 Telepathic skills are, for example, when we feel that someone is staring at us from behind. A frequently observed phenomenon is that while people are thinking of each other, they call each other on the phone at the exact same time, or send e-mail at the exact same time. Everyone has repeatedly experienced such or similar cases. Research findings show how significant these phenomena are, i.e. they point out how significantly different they are from chance.
Why does science not inform the public about all this?
Military research analyses and applies telepathy in a wide range. All such research is treated as military and trade secrets. It seems easier for them to communicate that paranormal phenomena are coincidental. Thus they do not have to give weak explanations to any other sensitive, concealed questions.
Telepathy is a generic skill that even animals possess. During the research dogs and cats were examined that knew exactly when their master would come home, and cats that did not like vets and always disappeared when their master wanted to take them to a vet. If before the call is made another person detects our intention of calling them from afar, it means that our thoughts and our intentions are not confined to the inside of our skulls, but they go far beyond the borders of the brain. It means that we have a closer connection to other people and the surrounding world than many people may think.
The species and the members of certain groups are related through the so-called morphic fields. When the members get further away from each other, the field is expanded, but it still holds the individuals together. These are the fundamentals of telepathy.
Sheldrake suggests in his work “A New Science of Life” that all systems are governed by invisible organizing forces in addition to the energy and other known material factors. These phenomena are also called causal fields because they serve as precursors for form and behaviour models. These fields do not have energy in the general sense. Since the effects go beyond the barriers of space and time, we cannot list them among the laws of energetics. The information that gets into space is just as strong far away from us as it is in our immediate vicinity. It was observed that when an individual of a species acquires a new behavioural pattern, it could change the causal field of that species on Earth. If the new behaviour is repeated several times, its “morphic resonance” could strongly affect the whole of the species.
Sheldrake has named this invisible matrix morphogenetic field after the words:  morph = form and genesis = creation. 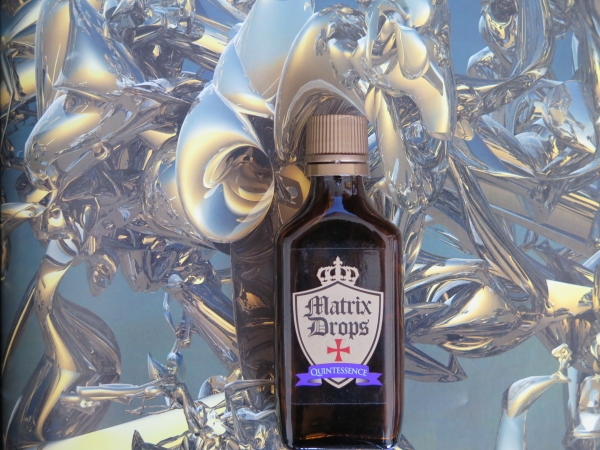 The morphogenetic fields spread over space and time, and the patterns of actions are able to influence events taking place anywhere and at any time like a hologram.
Lyall Watson shows such an example in his book titled “Lifetide: The Biology of Consciousness”, in which he describes the theory popularly called “the theory of the hundredth monkey”. Watson saw that after a group of monkeys has learned certain behaviour, the other monkeys living on another island also produced the same behaviour in a novel way.
Studying the operation of the morphogenetic fields, we find that they are similar to the Matrix information quantum fields. In cases where people, who are actually not present during an assessment, are scanned through their relatives using Matrix Drops Computer, we can take advantage of this wonderful attribute of quantum space. This amazing Matrix-information field explains why the Matrix Drops formulations affect the absent person when these remedies tare taken by a relative or a member of the family with whom they have emotional or mental ties.
We know more and more about the fact how the quantum theory can be applied to living organisms.
The concept of resonance is very interesting in terms of the morphogenetic field theory. Things with vibrations at similar frequencies may interact with each other.
However, examining the Matrix information space when people, such as family members or those living in closer ties, are tuned to each other, we find that there is exchange of in between them.
Like other forms of vibrations, morphogenetic resonance is based on the principle of similarity. Researchers believe that this kind of vibration does not only exist in space, but also in time and that it is the basis of memory in Nature. These assumptions are confirmed by the Matrix Drops Computer and Matrix Drops products. The researchers of morphogenetic vibrations have felt the presence of another Matrix information space at a higher dimension.
However, the researchers of the morphogenetic field were only able to think of vibrations and energies. They felt that there is another kind of field, which is unaffected by the limitations of time and space, but they could not describe its nature.

During our Matrix Drops research, we have found clear evidence that the Matrix-information fields greatly outweigh the world of vibrations.
According to the universal laws of physics and energetics, the amount of energy is reduced by the square of the distance it has travelled. Matrix information we have examined show that the amount of information increases by the factor of the elapsed time to the fourth degree.
Memory is time rather than spatial relationship. Scientists having learned materialist principles are still looking for an answer to the question about where memories are stored. However, according to our results, the storing of memories, thoughts and feelings are Matrix information space phenomena in time and not in space.
Previously it was assumed that the memories are stored in the brain by altered nerve endings or synapses, or other things. However, biologists have searched for the possible storage places of memory for a long time because it is still unknown to us how and where the memories are stored in the brain.
In my opinion, memories are certainly not stored in the brain! The brain is like a holographic sensor or a projector, which is able to connect to the Matrix- information space as a “pendrive-like” storage unit.
After death, memories are not erased. During the course of research into near-death experiences, affected people experience pure thoughts, memories and a state of consciousness, while their brain is not functioning at all. It implies that the mind exists outside the physical body and independently of the brain. Following death, the brain starts to deteriorate after a certain period of time elapses. According to reports on necromancy, memories and information remain after death.
Morphogenetic studies substantially contributed to the birth of the Matrix Drops Computer. Due to the correct anticipation of researchers, the birth of the quantum physical knowledge of the Matrix information space was almost foretold.
We are happy to present the surprising, new results to all interested parties. All of these skills will soon be part of our minds as general knowledge.
In each historical era, people lived who had an insight into other dimensions by getting to a high level of consciousness. With our Matrix Drops Computer representing high-end technology, we want to achieve this level of consciousness.
Let me welcome the new explorers, founders of the future!
András Kovács-Magyar