Quantum properties of water discovered - water is like a hologram

36515Megtekintés
29Kedvelés
Research scientists at ORNL discovered water’s such, so far unknown, properties which are contrary to the laws of classical physics. 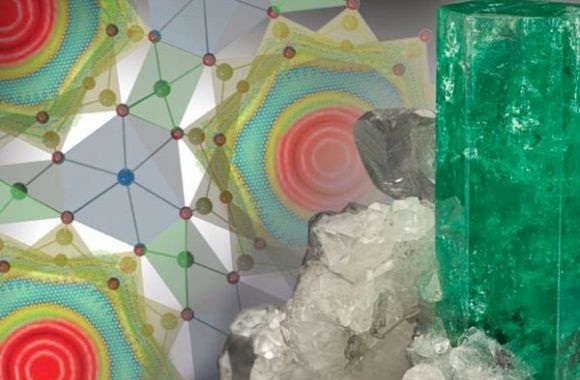 Water is special even based on its simple physical properties since it is the only substance on earth that can be found in all three states (liquid, solid, gas). However, scientists at the US Department of Energy Oak Ridge National Laboratory (ORNL) have discovered new properties of water that go beyond the known laws of classical physics says the phys.org scientific news portal.

During chemistry experiments carried out on the beryl crystal, it was discovered that water molecules under extreme physical or special geological conditions arrange themselves into ultra-small hexagonal shape around a ring and enter a "quantum tunneling" state. This phenomenon goes beyond the known liquid, solid or gaseous states and, in this case, water behaves quite differently than what we are accustomed to since it is capable of quantum motion.

In this state, for example, water particles pass through solid walls, which, according to the rules of classical physics, is absolutely impossible.

During the experiment it was found that when the water is "trapped" in an enclosed area (e.g. Inside crystals), the oxygen and hydrogen atoms of water molecules "delocalize" (they separate from each other) and this is when the quantum tunneling mechanism is created. (The tunnel effect (tunneling) is a quantum mechanical phenomenon. In the tunnel effect, particles can move through such barriers that would be impossible according to the laws of classical physics.) “When water is in quantum-tunnel state, it is capable of quantum motion; that is, it moves through the separating potential walls, which is forbidden in the classical world,” said Alexander Kolesnikov, one of the researchers at ORNL. “This means that the oxygen and hydrogen atoms of the water molecule are ‘delocalized’ and therefore simultaneously present in all six symmetrically equivalent positions in the channel at the same time.” Therefore, in this state, water is like a hologram. “However, we are unable to experience these phenomena in everyday life.”

The discovery of water’s 'quantum tunneling' state could even be scientific evidence to –Everett’s multi-world theory, in which he argues that opportunities allowed by quantum mechanics appear all together in a multiverse, which consists of many independent, universes existing in parallel. According to Japanese physicists, it is also possible that the entire universe is nothing more than a giant hologram.
Source: Impress Magazin
The Matrix Drops research group had discovered water’s hologram-like properties and has been employing it for more than 6 years before the scientific announcement. Related articles have been published on our internet home page years ago. We’re delighted that the scientific community researched this phenomenon and has finally acknowledged its existence. We are hopeful that beyond researching materials and energy, science will recognize the universal significance of information as well.

Water is capable of relaying the information of the Universe to minerals and living organisms.
Kovács-Magyar András