Matrix Drops: the savior of my favorite flowers, the roses 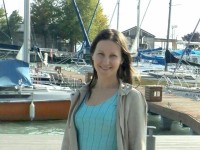 We were delighted when András Kovács–Magyar introduced the Matrix Drops products designed to strengthen plants.
We tried them on our garden plants.
We prepared the soil with the 2001 Matrix Drops. Interestingly, many of my friends stopped me when I was on my way to our vegetable garden, asking, "Why are you spraying so early, the seeds have hardly been sown".
They expressed their surprise that the soil should be strengthened with Matrix Drops products. Simple people came to me while I was spraying and kept asking questions. They might have felt that it was special and unique, it was a miracle!
We have sprayed our vegetables, the trees and the flowers with the 2002 Matrix Drops developed to repel the pests. With the 2003 Matrix Drops we have strengthened them once a month.
The results:
- The sour cherry tree from which we had to pick the caterpillars last year (it was so full of them), have been avoided by the caterpillars this year.
- The spinach had a smooth taste we have never felt before.
- There are no worm in the onions, they grow rapidly and are very tasty.
- There are very few Colorado beetles on the potatoes.
There is a great difference between the potatoes: for the majority, the soil was prepared with the 2001 Drops, but there is a place where the soil was not sprayed with the helping drops. The following photos speak for themselves:
Where the soil was not sprayed with the 2001 Matrix Drops
(the picture was taken on May 23)
↓ 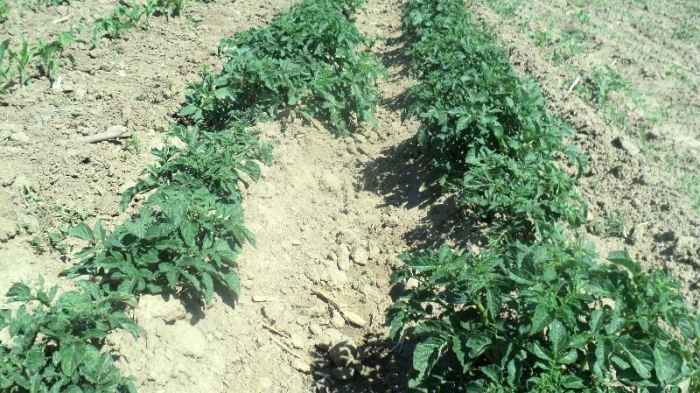 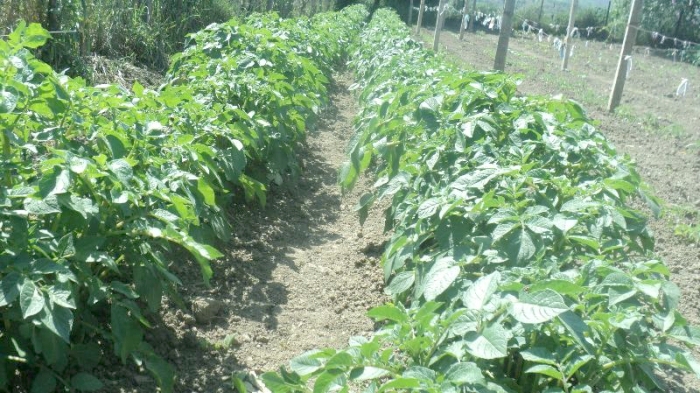 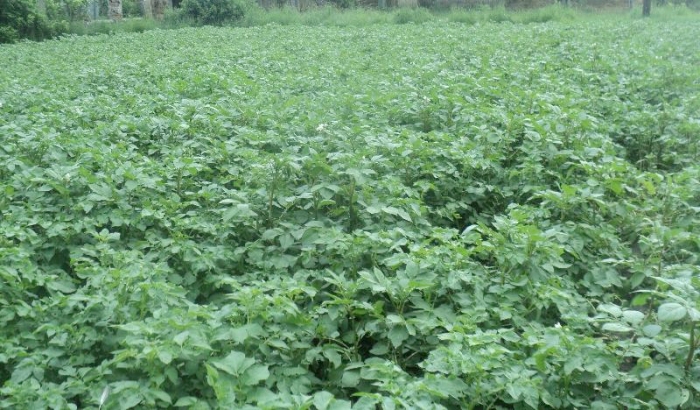 My grandmother asked me to pay particular attention to spraying her roses, because they are full of tree-lice every year. Unfortunately, she was right, there were plenty of tree-lice on the roses. I sprayed the roses with the 2002 and 2003 Matrix Drops. The day after spraying, the number of the tree-lice was reduced by half. There were rose bushes with no tree-lice at all.
Two weeks later, I had the opportunity to visit my granny again, and I took a picture of the clean and beautiful roses before spraying.
Before spraying – on May 23 - many tree-lice live on the rosebuds: 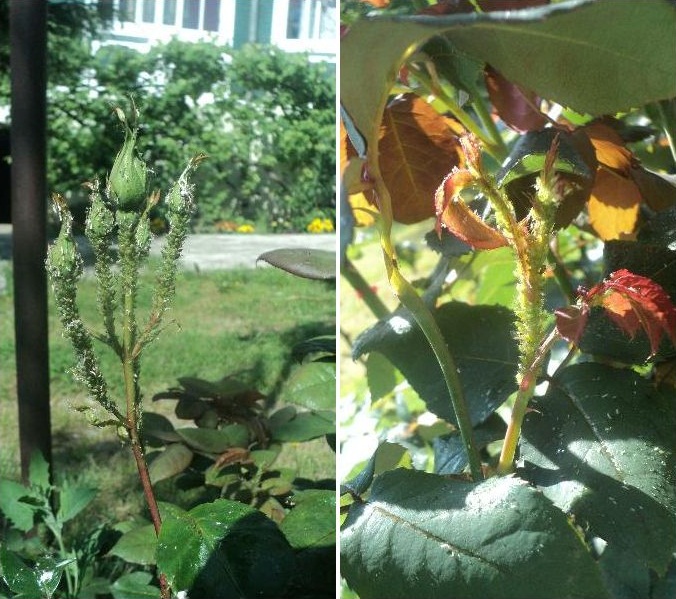 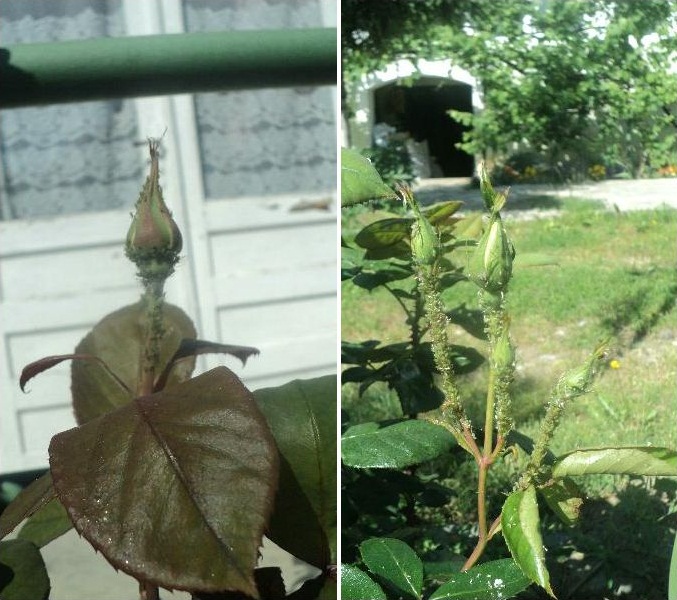 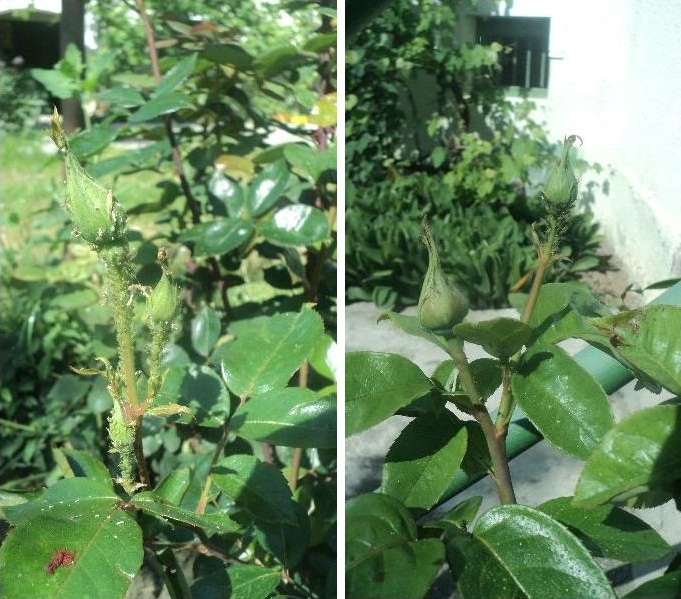 On the day after spraying - half of them are gone.
There are rose bushes with no tree-lice at all the next day:
↓ 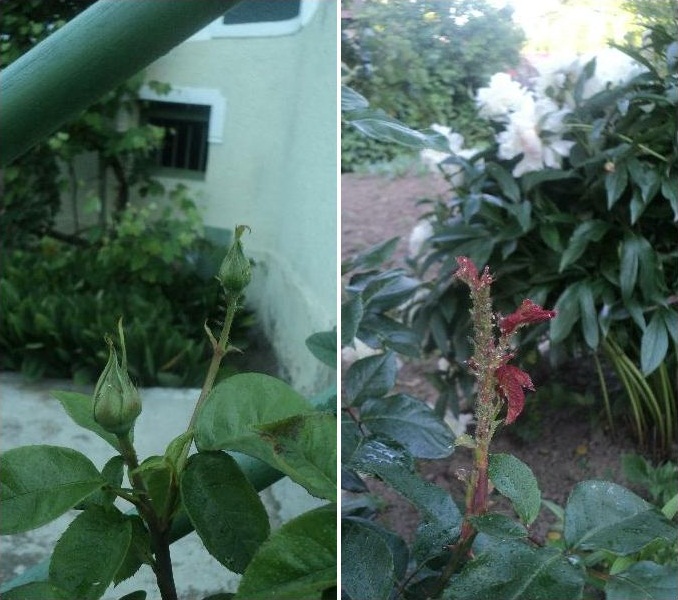 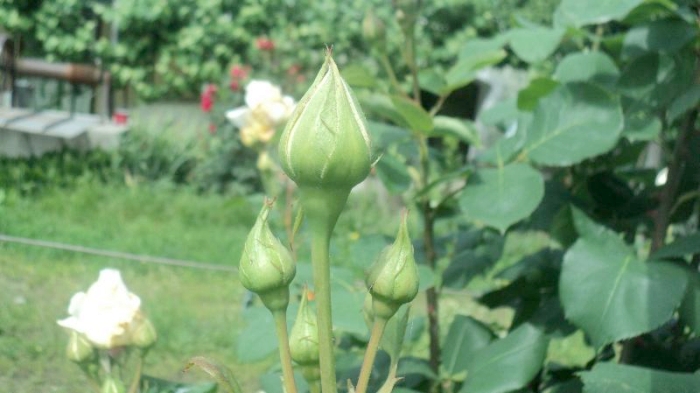 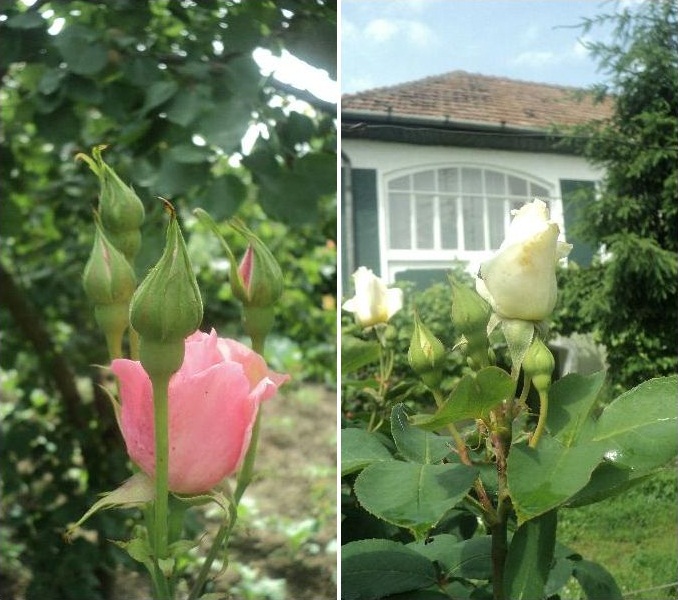 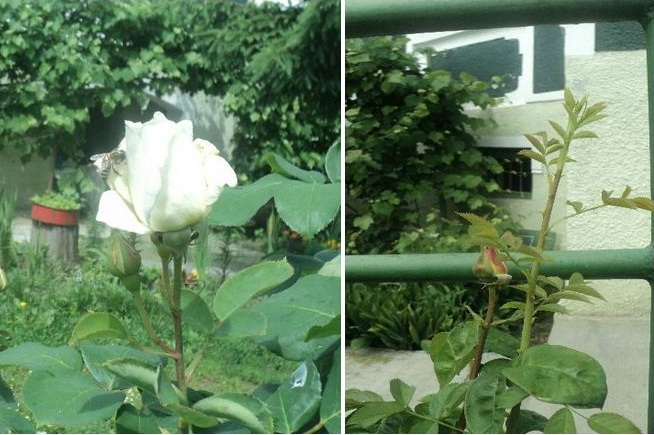 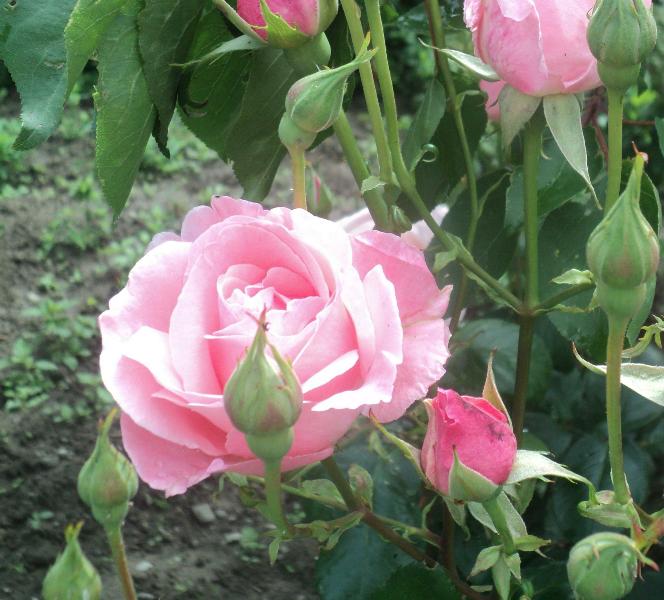 Needless to say that we all enjoy spraying with the Matrix Drops, because it is a gratifying feeling to help the trees, the flowers, and the vegetables. My two little nephews (6 and 8 years old) are pleading with me to let them spray. Our garden’s atmosphere has changed; it is a special feeling to be there. The trees and plants are caressing us. We have measured the aura of the trees and flowers with a Biotensor: after spraying, they were 1.5 to 2 meters wide.
One needs courage to try the Matrix drops, since a lot of work and energy is invested into our vegetable gardens; we expect that the crop gives the highest possible yield. Based on my experience, I can honestly say: it is worth a try. The Matrix Drops are the ideal solution for those who appreciate quality life and want to avoid any kind of chemicals.
It used to make me sad that new pests and more and more diseases appeared on the vegetables every year. There were years when there were worms in the peppers, onions, cherry, and pear, and the trees were full of caterpillars. And the desperate fight against them, which was often in vain. Thank God for the new solution.
I am grateful to András Kovács-Magyar and Ildikó Kovács–Magyar for the Matrix Drops they have developed and made ​​this elixir available to all of us.
Noémi Molnár Soós 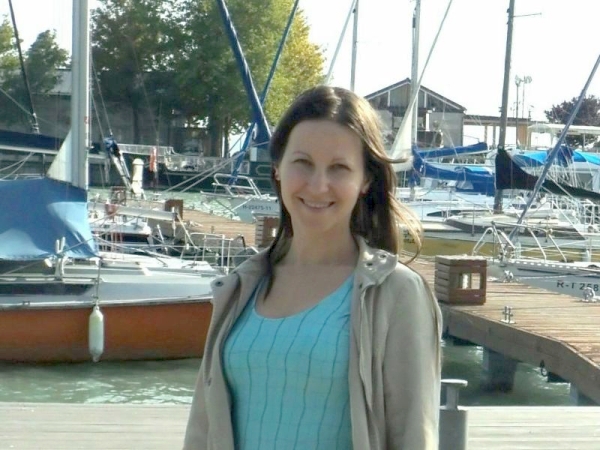