The 2014 LMHI World Homeopathy Congress was held in Paris between the 16th and 19th of July with the participation of more than 900 homoeopathic doctors from 45 countries. Matrix Drops was represented jointly by five colleagues, who are well-versed in quantum physics. This Hungarian invention was introduced to hundreds of visitors over four days at the Brilliant Water exhibition stand. 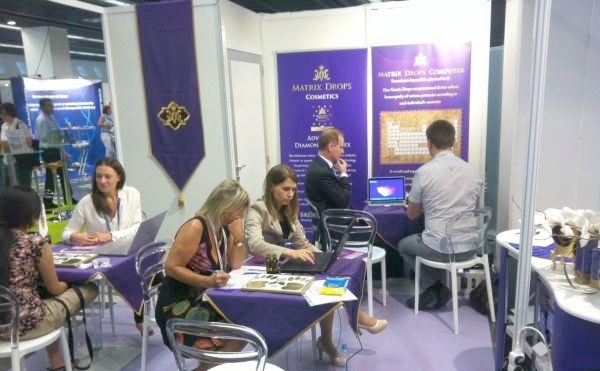 Our general experience was that homoeopathic doctors are people with refined senses. Most of them tested the effects of Matrix Drops Quintessences recommended by the Matrix Drops Computer (MDC) on themselves using methods of kinesiology or tensors while holding the Matrix Drops bottles in their hands.   The testers' reports confirmed that when they held the product in their hands, they felt their aura becoming lighter and also expanding and becoming stronger. Some of them experienced the uplifting effect of Matrix Drops on their souls, feelings and thoughts as an explosion of light. Many felt that the reactions of their physical body became stronger, which is the basic principle of testing using kinesiology. This is referred to as 'feedback' in the terminology of electronics. 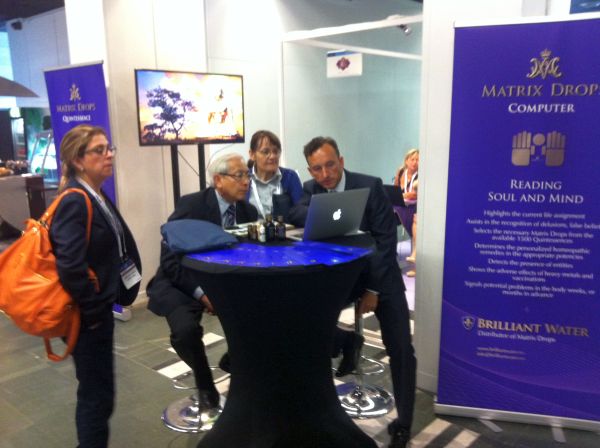 Having understood the functions of Matrix Drops Computer (MDC), the doctors, researchers and professors realized that this device perfectly represents what they know. Numerous observations were reported that make their work much easier:

- MDC saves the healer time by eliminating lengthy analyses and conversations. Several of them told that patients often make false statements, which can be fully avoided by the application of MDC, since this device cannot be deceived.

- The determination of physical issues is the most difficult task in homeopathy. MDC is also capable of this.

- The healer can support his/her own opinion using the MDC in an objective manner, since technology is objective, while human opinion is believed to be subjective.

- The computer receives and evaluates 8 million data points of the examined person in one minute. This is a performance that is unattainable even for a highly qualified doctor or physician. The MDC does not disregard anything.

- The analyses of the MDC confirm the decisions and ideas of the healer and make his/her work easier and more successful. The recognition and the results always strengthen the healer and the person to be healed. 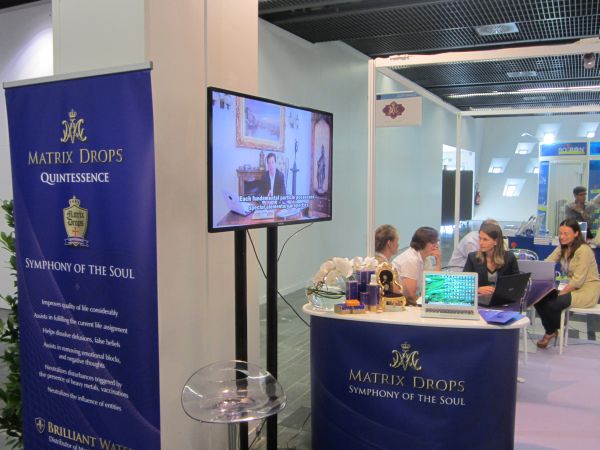 The opinion of Dr Walter, physician:

- This device can be compared to X-ray equipment, which is capable of objectively showing the damages and alterations occurring in the body. The observations of the Matrix Drops Computer are similarly objective on the spiritual, emotional and mental level. It is spectacular how the MDC can specify the current task that a person should carry out in his/her life.

- I have no knowledge of anything like this, which could show the heavy metal loads with this precision. I pay great respect to the inventor for the Matrix Drops Quintessences and for the method of forcing heavy metals to discharge from the body.

We highly appreciate the interest and recognition of all fantastic doctors, researchers and practitioners of homoeopathy visiting our stands, and we thank them for trying, testing and applying our products in their praxis and their everyday life.  This significantly contributes to the understanding, propagation and promotion of the Matrix Drops invention. 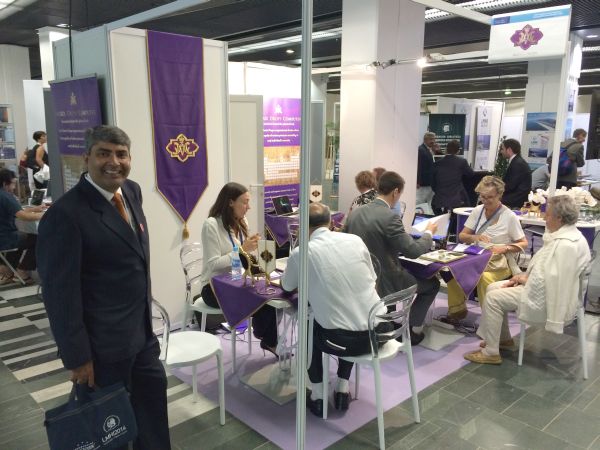 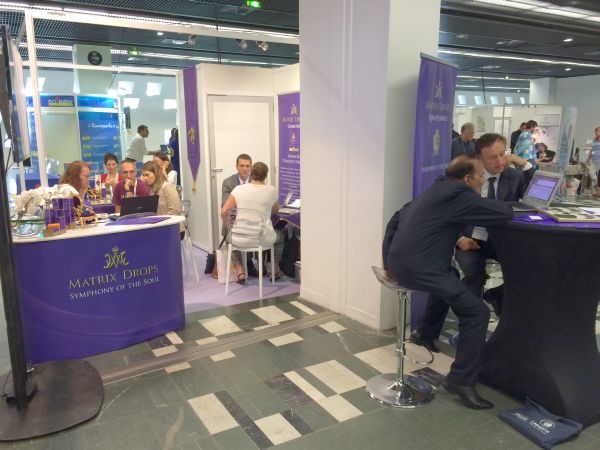 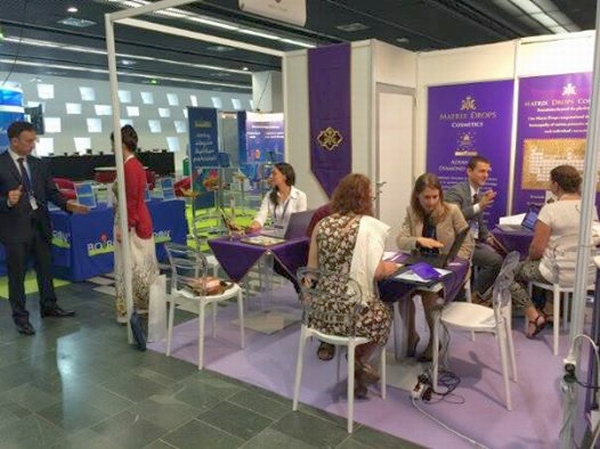 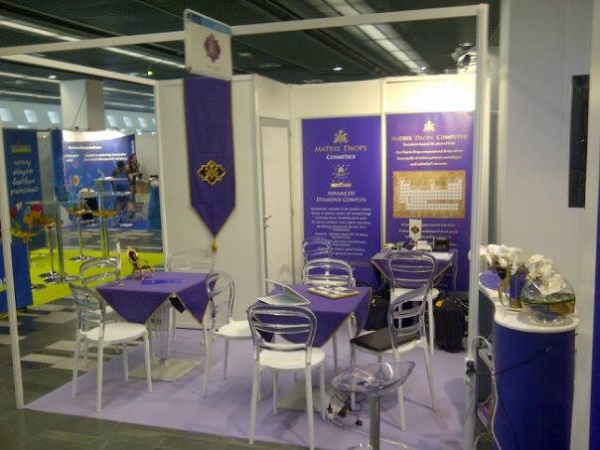 Homeopathy on the Move: Strategies and Criteria for Healing 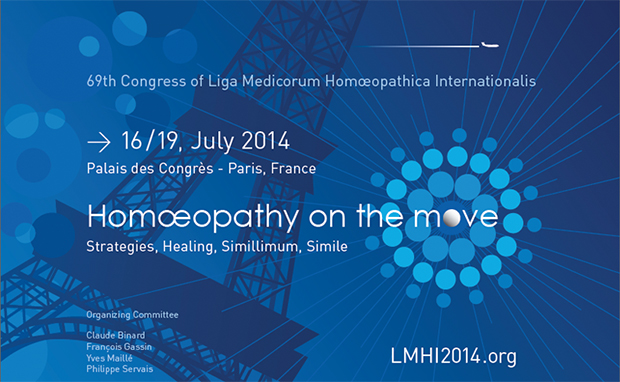 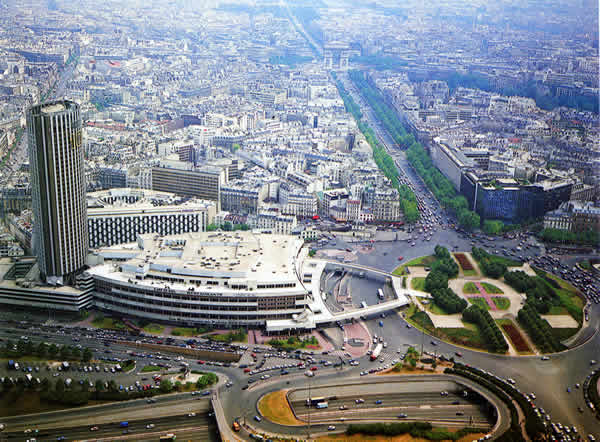 The French Homoeopathic Medical Doctors are both honoured and pleased to welcome you all in Paris, the City of Light and of the Enlightenment and the last residence of Samuel Hahnemann, on the occasion of the 69th Congress of the Liga Medicorum Homoeopathica Internationalis.

The central theme of this annual high-level LMHI meeting will focus on the clinical practice of homeopathic doctors and will offer an exciting exchange of experiences taking into consideration the variety of different approaches and strategies around the world. The venue chosen for the Congress is particularly special: the Palais des Congrés in Paris, an exclusive location centrally situated in the heart of the city.

Central Theme of the Congress

For two centuries, thousands of homeopathic medical doctors have treated thousands of patients, all around the world, for most diverse pathologies. Thanks to the publications and the meetings between colleagues - at regional, national and international levels - a huge pool of clinical experience has been and is still being gathered. Today more than ever, this knowledge is circulated thanks to permanent exchanges among practitioners.

However, the distribution of this clinical matter seems often very heterogeneous, both in regard to the management and analysis of the cases described by colleagues and in the criteria taken into account for healing.

We would like the French LMHI Congress to be an opportunity to reflect on the question and to share experiences. Are there various levels of healing for homoeopaths? If so, which ones? Do they differ from the ones identified by allopaths? A last but fundamental question is: which strategies are applied in your practice? They are manifold depending on the teaching you received, on the experience and on the knowledge you acquired, on the opportunities offered by your consultations, even on the ideology of some. We rely on all of you for carrying on this debate and continuing to open the horizon of the future. The central theme of the Congress will therefore be: Homoeopathy on the move. Strategies and criteria for healing.