How can we save the honey bees from extinction?

In ‘protection’ of the honey bees with Matrix Drops.

Before I introduce you to our rescue protocol to save the honey bees through the world of the Matrix Drops, allow me a minor detour depicting the psychological background of the topic concerned. 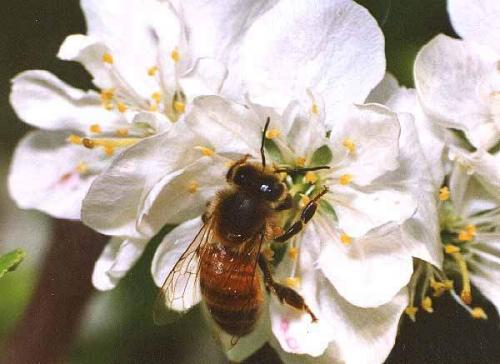 The Huns, predecessors of the Magyars (Hungarians), had a deep emotional relationship with honey bees. Queen Bees symbolize an ultimate power in societies where respect for women is principal and inevitable. During past explorations of the Hun and Scythian burial mounds, several gold bees had surfaced, were located.

Merovech, the Hun Attila Prince’s son, knew unequivocally that the ‘gold bee’ was the symbol of the Merovingian Dynasty. In Tour, Belgium, from Merovech’s grandson, Chlodio, the Frankish King’s tomb, gold bees turned up as well during one exploration of the crypt of Notre Dame.

According to historical and linguistic researches, the Scythian Hun Emese was impregnated by God during one her ‘astral journeys’. As a fruit of it; Álmos was born ( ‘almus’, in latin, ‘saint’), whose son, Árpád received a Hungarian name. 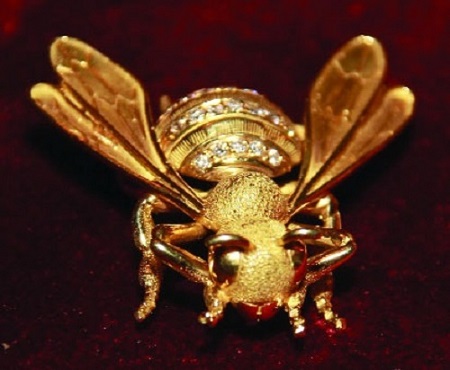 Initially, the word’s etymology consists of ‘bee’ and ‘gar’(plurality), bee-gar, aka ‘mahgar’, which later became ‘magyar’ (Hungarian). In our linguistic past, Hungarians where named those who respected ‘women’ unconditionally(Emese, ‘Mother-Queen’).  ‘Bee’ in Hungarian, means womb, a women’s uterus. A beautiful organ where the ‘creation’ evolves from, and this particular stream, from which our nation originates.

More can be read in  Andras Kovacs-Magyar’s book; The Biggest Secret: The Truth.

In wild East Asia, women are sexual reproductive objects, quite the contrary in other nations like the Scythians, Huns, and the Hungarians today.

Over centuries, various nations of Asia have repeatedly intended to destroy  Hungarians. Lately, bees have encountered a very similar enemy, the Asian mites (varroa destructor), which kills honey bees. Honey bees are threatened all over the world by this aggressive parasites and are reportedly becoming endangered.

Neither we are veterinary dermatologists, nor insect experts. We do not manufacture chemicals, poisons, or drugs. However, we behold an essence, invention that reboots the stable spiritual state of mind of multiple animals and plants in desperate and hopeless times. Thus, they are able to start a ‘new’ life. 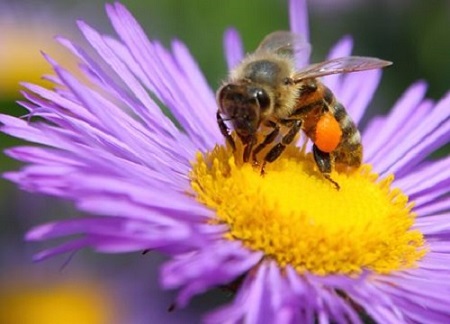 Strange to think we are bound to save the honey bees as we read these lines. As Hungarians, we are obliged to save these beautiful creatures which has not only spiritual but sentimental meaning to our nation. We share the same protocol with the researches who are concurrently and tirelessly trying to save the bees.

I would like to introduce to you a new Matrix Drop, our experimental research which targets and augments the living bees’ physical and mental state and strength. We have considered the other dangers threatening them, such as the after effects of pesticide, resistance to antibiotics, both, in their bodies individually, and as a colony.

In today’s world, where everybody promises and guarantees everything, we do not promise nor guarantee, but deliver results. Radiesthesia can detect the ‘aura growth’ of any beehive. Those who use our products, Matrix Drops can call an experienced ,skilled professional of radiesthesia to measure the aura of any beehive. As surprising, as it may sound, the aura of the beehive colonies will increase using  the Matrix Drops. As their auras augments, sure will their energy, strength, vitality, and spiritual strength.

Observe carefully the Matrix Drops consuming beehive colony’s performance, and most importantly, the change regarding their state of  infection and contamination. Passing on this article could result in a significant help for beekeepers and beehive farms around the world. It opens new doors in their bitter disappointing loss.

Our complex Matrix Drops are water-based, do not contain any chemicals, pesticide, only pure ‘elemental information’. Prepared with a specific quantum physical method.

There are two existent types we highly encourage; 2019 and 2020. We recommend the 2019 for daily use, and the 2020 for a monthly consumption. Some bee keepers dips paper in it and place it into their hives. Diligent insects as they are, carry out every single alien materials or unknown objects from the hive. Therefore, they get in contact with the dipped paper which contains the Matrix Drops. The Drops are excellent carriers of information, thus a small amount is sufficient to impregnate the area around the honey bees.

If you would like to find out more about our Drops, Diamond Cosmetic Line and other inventions, please visit www.matrixdrops.com.

I’m looking forward to see you all on the 11th of October, in my lecture series. I provide an opportunity to all attendees to master the ‘aura measurement procedure’, gain practice and perception of the intangible world around us